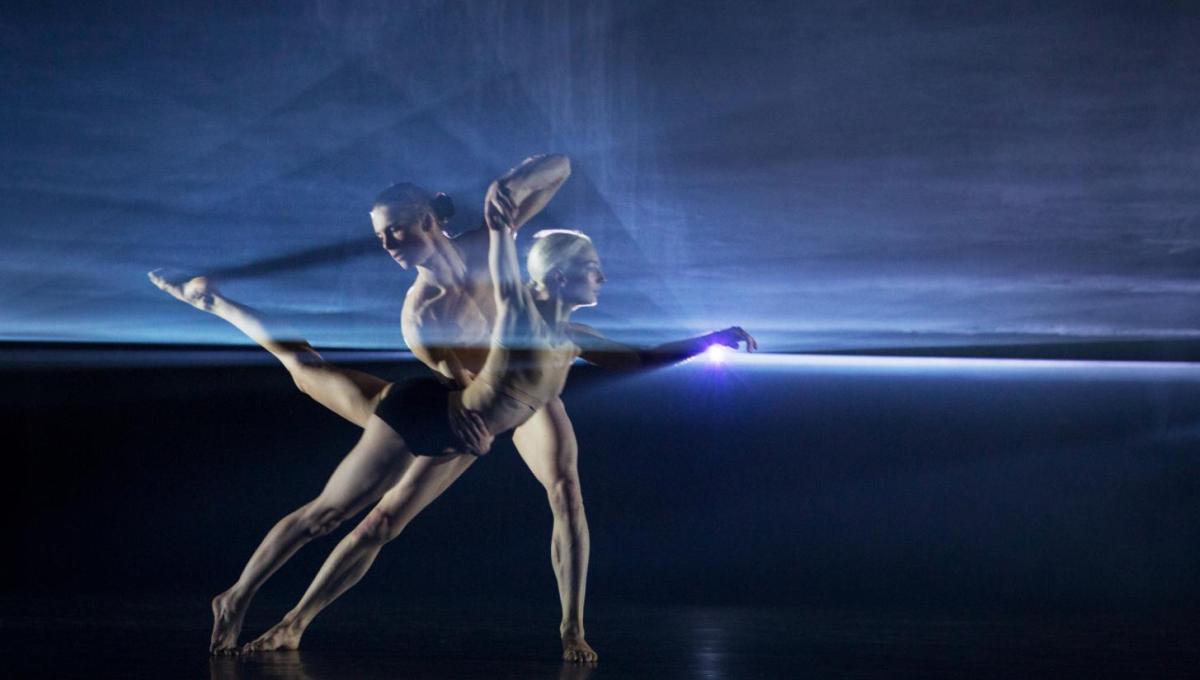 Autobiography was at the Edinburgh International Festival 11 – 13 Aug 2018.

An autobiography is an account of one’s own life but not usually the actual DNA. In Autobiography, Wayne McGregor the choreographer, has sampled the data from his genetic make-up and used this to organise the structure of his latest work. This multi award winning dancer, who incidentally worked on the Harry Potter and The Goblet of Fire film, has a reputation for pushing the conceptual boundaries of his art into new directions, particularly with regard to science. Like the famous connection between Merce Cunningham and John Cage in the 1980s, McGregor utilises chance – the order of the sections in each performance is chosen by the computer keeping the piece alive.

Most of the soundtrack is by Jlin, long-time collaborator. Like the steps themselves, her electronic music uses a multitude of sources, sampling white noise, screeches, bells and whistles (actually) and found sound. Guantanamo has lyrics: “You don’t want to hurt anyone,” “But I do, and I’m sorry”. There are disco beats, techno pulses and, contrastingly, the Concerto Grosso in D Major from Arcangelo Corelli to which they strut and plump their chests, torsos concave one moment and convex the next, hands almost holding the sides of the head. It is the perfect companion to McGregor’s impersonal, repetitive movement.

Lighting, set and choreography are intrinsically connected. A section reminiscent of a torture chamber features the overhead ranks of pyramid-shaped strip lights lowered almost to the ground with just enough space for bodies to lie underneath, writhing. In the second half, there are very bright spots which shine beautiful strong beams through which the dancers move mesmerically.

There is not the same sense of cutting edge in the choreography. Much of it derives from classical ballet (McGregor has been resident choreographer at the Royal Ballet, since 2006) albeit mostly at high speed: spinning attitudes and extreme developes on the run, standing splits like herons on speed. Then there is yoga: a knee lifts into a standing half lotus, the rounded head of a partner slipping under its angle to lift the whole structure up, turn it and put it back down. Legs wide with knees deeply bent to the sides, lower arms circling, outward facing palms and finger mudras remind of Indian Classical Dance. The dancers double as gymnasts, excitably tumbling through one-handed cartwheels, forwards and backward rolls. There are pedestrian moves – cutting and ducking, rolling and leaping, run, walk, stop, start. 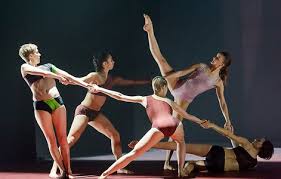 Though the dancers touch and push, there is almost no sense of humanity, no identification sought or sympathy given. This is ironic given it was created from McGregor himself, his cellular patterns forming the underlying mesh on which the entire piece stands.