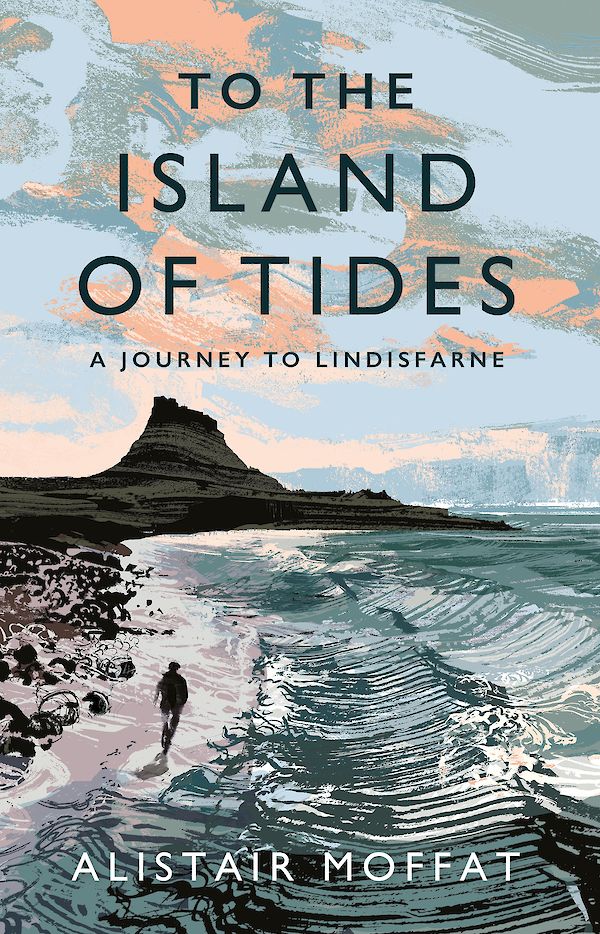 A pilgrimage, by its nature, is a personal journey of discovery as well as a geographical and historical trek. In To the Island of Tides, Alistair Moffat follows in the footsteps of Saint Cuthbert (634 – 687); monk, bishop and hermit. From the Scottish Borders to the Holy Island of Lindisfarne, Moffat endures a broken rib and faces some deep familial sadness as he immerses himself in the life and times of this medieval holy man.

Written in a smooth and jaunty style, the book’s basic timeline mirrors Moffat’s route from his inland home to the sea, and Cuthbert’s intriguing life of politics and worship from birth to death. In the same way that this is not a continuous walk, rather an interrupted series of day trips with a week’s retreat towards the end, so there are many textual asides: lush scenic descriptions, divers detailed accounts of battles (Flodden et al), and involved analyses of Latin place names interspersed throughout. The writing shines when bringing the Lindisfarne Gospels and The Great Tapestry of Scotland to life.

This book is brimful of liturgical references, despite his oft mentioned atheism, and his own search for succour from painful public and private events is woven into the story in sometimes uncomfortable and exposing detail. Going to some lengths to get inside Cuthbert’s head and heart, he scrambles up shifting sand dunes and under barbed wire fences before seeming to find some peace through his first experience of solitary contemplation on Lindisfarne.

Author of some twenty books, Moffat’s The Hidden Ways (Canongate 2018) was a vehicle for sharing his excitement in uncovering lost paths, and he utilises the same dogged skills in To the Island of Tides. Quoting from eighth century primary sources, he steers a fine line between facts, storytelling, anecdote and conjecture – after all St Cuthbert lived a long time ago. This tome is well researched; part autobiography (his family and ancestors play a strong role), and part paean to the spirit of the unnoticed: “until the coming of the census in the middle of the nineteenth century, the voices of others are largely silent. The fields … seem .. to remember their people, those who tended them.”
This pilgrimage incorporates local lore and biblical references, touching self discovery and a Saint’s life. Above all it is a homage to the importance of family and of belonging.