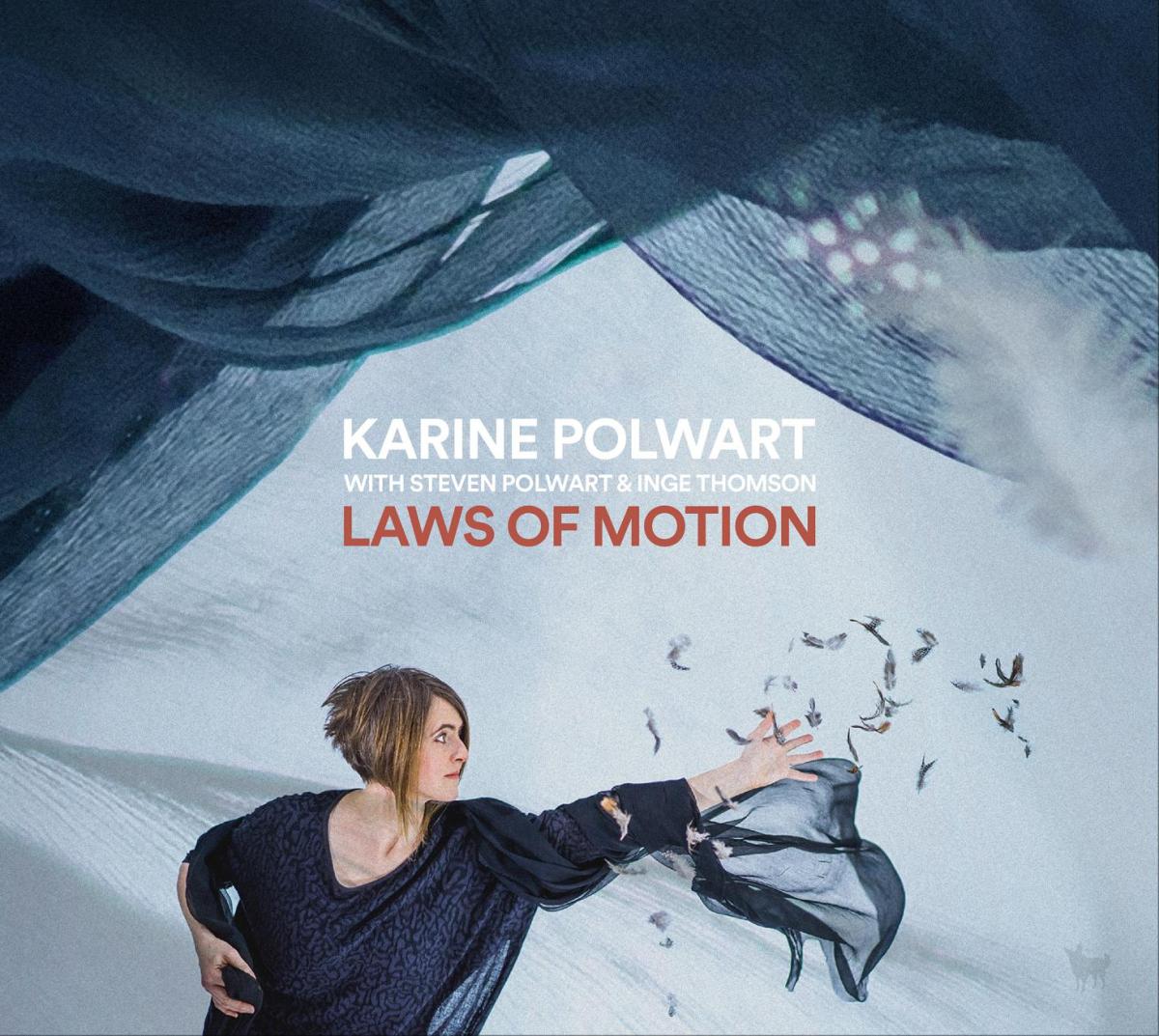 Laws of Motion, folk music by the Karine Polwart Trio
Laws of Motion is an optimistic album. Karine Polwart, song meistress, with Steven Polwart her brother and Inge Thomson, acknowledges the rush, horror and separation of contemporary life, but offers up hope and positivity in the face of it.
BBC Radio 2 Folk Singer of the Year in 2018, Polwart is from Bannock in Stirlingshire and uses native vocabulary in the poetry which is her song lyrics: ‘hollers from the delta’ in Laws of Motion and the ‘skirl and moan’ of the wind in Cornerstone being just two examples. She alludes to earthquake and tempest, human cruelty and war, juxtaposing them with the silent night sky, gardens and remote islands.
Ophelia, the first song, named after the hurricane, is painted in a fiery palette: the red dust of the desert, the sun, blood and burning trees. In contrast, the plaintive, sweet vocals create a strong visual image of two people in reflective mood after an argument.
Laws of Motion, the title track, conjures up poignant images (‘babies wrapped in prayer shawls’) of exile and migration which was originally written with Martin Green for Flit, a multi-media project, in 2016. The images are disturbing but there are threads of love and life throughout and the music is matched to the melody with powerful, opening instrumental surges.
In I burn but I am not consumed it is refreshing to come across an original approach to Donald Trump‘s relationship with the Scottish soil. He was born on the Isle of Lewis and Polwart imagines what the ancient rocks would say about his behaviour, concluding that however powerful he thinks he is, he doesn’t command the elements. Here the spoken word is effectively interspersed with lines of harmonic melody, as later in Cassiopeia.
Suitcase, again written with Green, is about the kinder transport in which 10,000 Jewish children were brought to Britain for safety just before the outbreak of the Second World War. Using the repetition of words (‘heading for home’) and train-like rhythms, the hope this time is in the boy’s heart, not to actually get anywhere but to simply grow old. The final notes are spine tingling.
Cornerstone is a series of gentle tales of women and men who sit still. By listening to the birds, to the wind; by tending the candle and the lighthouse; these individuals serve their communities whilst quietly honouring nature. The opening and underlying drone, together with the final glockenspiel ‘bells’ and the harmony on’ and listen’, create echoes of the lonely landscape.
Matsuo’s Welcome to Muckhart opens with the beautiful line, ‘I was born on a jasmine wind’, harking back to her highly successful 2017 collection, A Pocket of Wind Resistance. Light bubbles of Japanese lotus and water lily are conjured with the tremble and pretty picking of guitar and wavering voice.
Young Man on a Mountain is about the Polwart grandfather who fought in the Battle of Cerere (Italy 1944) and also planted trees in Balquhidder. Using the lilt and sound of the spruce and pine, Polwart evokes the silence which her relative kept after the war, as well as the atmosphere of her homeland.
Crow on the cradle is Sydney Carter’s anti-war song using nursery rhymes in a chilling rumination on bringing a baby into a war-torn world. The Robin, which follows, is a simple retelling of how the robin got its red breast with angelic harmonies linking past and future in true folk tradition.
Finally, sparse piano opens Cassiopeia, which uses both ends of the telescope – stars through the velux window, nuclear explosion, the Big Bang and the advised list of 1979 household necessaries for 14 days in a fallout shelter. Sparkling runs and trills are used alongside the spoken word, reminiscent of Floret Silva Undique, Martyn Bennett’s setting of Hamish Henderson’s poem on the album Martyn Bennett.
In Laws of Motion, the album, Polwart asks what we are left with in the face of the terrible occurrences of our world, how to survive the horror of it all. She gives us this answer: be still and quiet, be thoughtful and take pleasure in the beauty of our natural environment. Together with haunting melodies and fascinating stories, these songs linger behind in the soul. 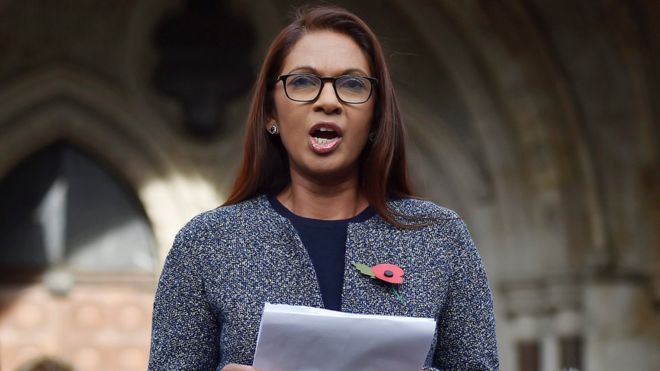 Gina Miller was the lead claimant in the 2016 constitutional legal case against the UK Government over triggering Article 50. This book is her personal account of why she followed through and what she believes in. It is both a call-to-action and encouragement for others to take strength from her story.

Rise, Life Lessons in Speaking Out, Standing Tall, and Leading the Way covers multiple genres: part autobiography (although Elizabeth Day helped her write it), it also falls into the self-help book, and ‘how to run a successful business’ categories, with some marketing and self-promotion thrown in. Miller writes about her early upbringing and childhood in Guyana (her father was the Attorney General of the island after the fall of Burnham (link to Guyana history , and her time at school in England (she started aged 11 and lived alone with her equally underaged brother from 12) when she had to work before school and at weekends and didn’t see her parents for up to a year at a time.

Covering topics such as domestic and sexual abuse, bullying, racism and misogyny, marketing methods and storytelling to engage clients, self-belief, self-image, feeling an imposter, and feminism, she also writes extensively about being a working mother and an activist. The authors use statistics and research in these areas, and frequently make statements such as, ‘Women are more likely to question their own beliefs about what’s right and what’s wrong,’.

Miller comes across as strong, occasionally vulnerable, sensible, and, at times, clear thinking. She is ultimately a determined fighter and we get true insight into the origins of this facet of her. She has been the butt of vast amounts of private and public abuse (principally sexual and racist) and she followed up Viscount Philipps’ incitement to violence towards her on Facebook, winning the case. The more she exposes these personal injustices in the second half of the book, the more uncomfortable the tension is between the fact that she has not bought cases against most of the men who perpetrated them, whereas she continues to stand-up for others (see her True and Fair Campaign to make financial dealings as transparent and understandable as possible.

At times the writing speeds easily along (‘Social media has amplified their (abuser’s) destructive voices and created echo chambers that reinforce their views.’), and there are several touching images such as her father brushing her hair every night and telling her about his work. In other places there are mixed metaphors and a great deal of repetition, some of which serves as bolstering of important beliefs such as tolerance, or reflects the difficult issues she is struggling with (why didn’t anyone else join her in the struggle for what was right, she often asks). Often, however, it appears to be simply poor editing – phrases and words used over again.

In the end, despite the muddled style and occasional posturing, the spirit of this remarkable woman comes through, together with the sheer determination which has won her and us, important democratic and human rights.