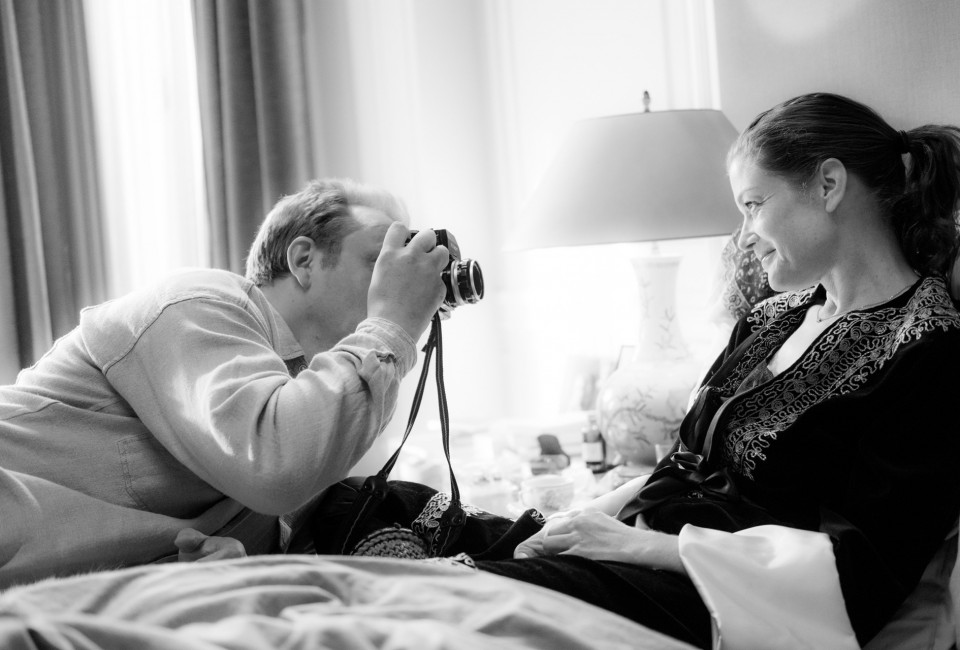 Actress Romy Schneider is at the core of the emotionally disturbing 3 Days In Quiberon, the 2018 film from writer-director Emily Atef which won seven Lola’s at the German Film Awards last year. The versatile Marie Bäumer plays Schneider who was born in Vienna, Austria in 1940 into a stage family, and who made her name before she was 20 years old in the Sissi Trilogy in which she played the Empress Elisabeth of Austria. In this, her most famous role, Schneider epitomises the innocent and regal bearing of the subject.

This containment and control are evident in the tense modern film, as are the opposing emotions and behaviour of desperation, hysteria, and recklessness. The harrowing interview which the profoundly disturbed Schneider gave to the magazine Stern, on which the film is based (shortly before her son tragically died and during what we know was the final year of her own life) is the main section. Taking place at a spa where she repaired to reputedly recover from the excesses of alcohol and drugs, Schneider’s family have announced that they do not support the addict version of her which Atef depicts. The French-Iranian director is said to have admitted to fictionalizing parts of the interview in making the film, and the connections she draws are very clear: a drunken Schneider cries that her life has fallen apart, that the balance between her work and her children is wrong, and that she does not know how to solve it. Plied with champagne by the journalist, she ‘reveals’ a side to herself which she apparently hadn’t previously, although he then purports to be affected by her plight and it is unclear how blunt the final piece actually is. We are not sure if we can trust her judgment by this time – we have seen how changeable and malleable she is, and how she often makes decisions which are not in her own interest or that of her children. Are we to believe that she is now in control?

The film is in black and white with brooding skies and sharply contrasting angles and lines. To match the constantly switching moods, Atef utilises very short scenes – snippets of interchange or single shot outcomes. Just as the focus is on the characters and their reactions to Schneider, so 50% of the frames are realistic close-ups showing their humanity; wrinkles, under-eye shadows and all. When the camera retreats showing wild Breton seascapes and wide sweeps of the angular hotel we are shocked by the bleak outlook and impersonality of the surroundings.

Here is the helplessness, the hopelessness of the human condition. I didn’t feel charmed by Schneider, I didn’t feel her charisma. Personally I felt a sadness and confusion. I saw her addiction, a woman with mental health problems who needs help – struggling to help herself, the people around her are awe struck by her and using her to their own ends.

It isn’t all depressing; there are a few humorous episodes around the plain food to which she is restricted, and a lively early scene in a local cafe where she is full of wine-induced conviviality and fun, albeit OTT with strangers. However, the viewer is left with a heavy heart and much sadness after witnessing such a lot of media, and self-abuse. A sense of foreboding lingers.